NNNO Board Members on ReachMD Radio 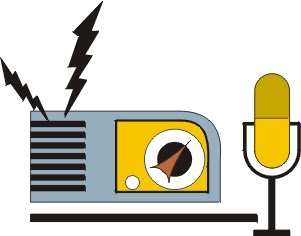 Listen to NNNO Board members make the case on ReachMD radio for an Office of the National Nurse. See if you agree that nursing deserves a seat at the nation’s healthcare table. Click on the Play Program link to begin this program. The segment lasts about fifteen minutes and provides a complete overview of the Office of the National Nurse initiative.

Interviews can be challenging and we would like to thank host Susan Dolan RN, JD for making us feel comfortable while she asked the questions. 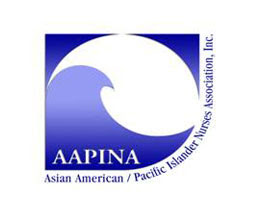 Thank you to President Jillian Inouye and the Board of Directors of the Asian American/Pacific Islander Nurses Association for their strong support for establishing an Office of the National Nurse. The Board of Directors of the NNNO congratulates all nurses who stand up to assure that health disparities are eliminated in our nation and to assure we have a nursing workforce representative of our nation's diverse and valued population.

"Of all the forms of inequality, injustice in health care is the most shocking and inhumane." This quote by Martin Luther King Jr is particularly fitting as we honor and celebrate his life this January 20th.

On behalf of the Asian Pacific Islanders Nursing Association (AAPINA) it is my pleasure to endorse and offer our support of the initiative to establish an Office of the National Nurse. We share the concern of the National Nursing Network Organization about the limited resources available to minority populations and would like to see greater nursing representation on the federal level to address disparity and highlight these concerns.

As part of the 2.9 million nurses who are the most trusted of all health professionals, members of our organization are eminently qualified to speak to the issues of disparities and vulnerabilities. The elevation of the Chief Nurse office to the National Nurse for prevention will bring more visibility to the critical role nursing occupies in promoting, protecting, and advancing the nation's health.

We applaud your efforts in highlighting the important contribution of nurses for your advocacy of the nation’s health. We strongly support the re-introduction of legislation that will create the Office of the National Nurse. If further information is needed or other support please do not hesitate to contact us.

Thank you to DMAA President and CEO Tracey Moorhead and the DMAA Board of Directors for their endorsement of the Office of the National Nurse initiative.

I write on behalf of our Board of Directors and the more than 200 members of DMAA: The Care Continuum Alliance in support of your efforts to recognize the important role nurses play in promoting preventative care in this country. Your endorsement of symbolic national nursing leadership to support a philosophical and cultural shift toward prevention in the U.S. health care system is essential and important to our members.

DMAA supports your efforts to rename the Chief Nurse Officer of the U.S. Public Health Services as the "National Nurse" to elevate the authority and visibility of that office in the national health care debate. Chronic conditions - diabetes, asthma, obesity, and others - pose the single greatest threat to the health of Americans and our nation's economy. Nurses provide key care services in the prevention and management of these conditions and we commend your efforts to recognize their work, promote prevention, improve outcomes, and provide guidance for state and local leaders in mobilizing nurse volunteers.

The new administration and Congress - and their clear commitment to wellness and prevention - present an ideal opportunity to advance the concept of a National Nurse and make it a reality. DMAA and its members support legislation to achieve these goals and look forward to working with you on this important issue. Please do not hesitate to contact DMAA should you need further information or assistance. 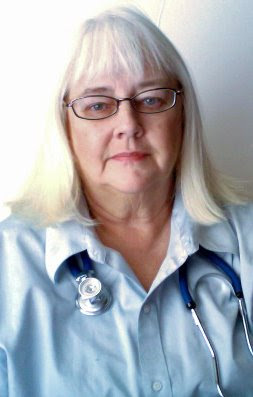 Thank you to Kathy Quan RN BSN PHN who authors The Nursing Site Blog for giving the National Nursing Network Organization permission to reprint this article from her website.

"In the January, 2009 issue of the American Journal of Nursing (AJN), Roxanne Nelson BSN, RN poses the question of whether or not the idea of a National Nurse for America has stalled. When Teri Mills an NP and nurse educator from Portland OR originally proposed the idea in May of 2005, she suggested the creation of an office of a National Nurse in her op-ed piece in The New York Times.

Over time the idea, as promoted by The National Nursing Network Organization (NNNO) chaired by Mills, has evolved to elevate and enhance the chief nurse officer who serves under the Surgeon General to the role of the National Nurse. This would utilize a position which already exists in the United States Public Health Service. The NNNO supports making it a full time position and to change the title to the "national nurse for prevention."

Rep. Lois Capps (D-CA), herself an RN, introduced a bill (HR 4903 National Nurse Act of 2006) in the U.S. House of Representatives in 2006 to establish the Office of the National Nurse. The bill garnered 42 bipartisan supporters but was never passed.

Citing primarily financial reasons, the American Nurses Association (ANA) along with several other prominent U.S. nursing organizations have refused to back the idea stating the office already exists and further funding to enhance and elevate this position would be better used to promote other needs for nurses.

Mills and other founding members of the NNNO have argued that the benefits of elevating this role would far outweigh the costs of expanding this role. For instance, elevating the national nurse role to one of leadership in the task of patient education and disease prevention could help to reduce many of the skyrocketing costs of health care in this country. The staggering costs of chronic preventable diseases alone is bankrupting the system.

Without cost containment, solving the health care and health insurance crisis in this degrading economy could prove to be impossible. This would be just one benefit of having a National Nurse.

In addition, young people seeing a nurse in a primary leadership role in solving this health care crisis would have the benefit of recruiting many more young people into the nursing profession.

As we are all well aware, the nursing shortage is continuing to worsen and will hit critical levels in the next decade. If we don't take strong measures to provide for more nurses in the future, we will all be affected by a lack of available health care. No amount of health insurance will make much difference if access is not available because of a critical shortage of nurses.

Nurses understand how to prioritize, and it's essential now that we use our critical thinking skills and the nursing process to assess the situation, plan and advocate for the best possible scenario.

We have a new President who will assume office in just a few days. He is very aware of the nursing shortage and the needs of nurses. He was endorsed by the ANA for this very reason.

As a collective group we need to advocate for the change we need to help quickly solve the health care crisis this nation is facing. The economy won't recover until we heal the matters that are draining the resources of our citizens.

Promoting healthy living and chronic disease prevention is a critical factor. Utilizing our nursing workforce to assist in this area is essential. To do so, we need the authority as well as national leadership. And as we stand tall and show our worth as nurses, we will gain the recognition we need to secure funding for education of new nurses and to address the quality of patient care for all.

We have tried in vain for many years to be recognized for what we do as nurses, and our workforce and education funding has been cut year after year because we don't unite and have a real leader. The quality of patient care continues to be at risk because the working conditions for nurses has not been adequately addressed. The system is being flooded with patients who shouldn't need care if they had had some very basic education in the first place.

We still hold up Florence Nightingale as our professional icon. Not to say this is all bad, but this is the 21st century and we are still looking to the 1800's for leadership. What's wrong with that picture? Another article in the January issue of AJN addresses this very issue as it's Top Nursing Story of 2008.

Send your comments to AJN at ajnletters@wolterskluwer.com.

Advocate for ALL of the changes we need to adequately address the health care crisis; not just a select few." 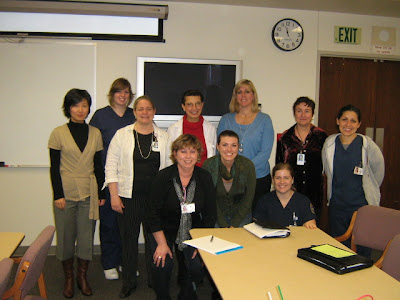 On Saturday, February 14, 2009 from 10 a.m. to 1 p.m Portland Community College (PCC) nursing students will partner with Tuality Healthcare, the AARP, Medical Reserve Corps (MRC), the National Nursing Network Organization and the PCC Student Nurses Associations, to present ‘Love Your Heart’ healthy living fair. The event will take place in the Tuality Health Education Center located at 334 S.E. Eighth Ave in Hillsboro, Oregon. The goal is to educate citizens of Hillsboro and surrounding areas about preventing heart disease and promoting healthy hearts. Spanish information will be also be provided. 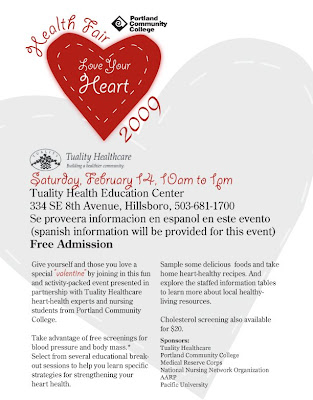 The AARP will be available to talk about services their organization provides and the MRC will provide information about emergency preparedness. Groups of 3-4 student nurses will provide tools to promote health literacy in English and Spanish that integrate the following topics: nutrition and exercise, living well with chronic disease, depression and caring for the care giver, diabetes and heart disease, immunizations, tobacco education, hypertension, stroke and peripheral vascular disease, screenings such as blood pressure, glucose, cholesterol and body mass index. Within each station, students will talk one-on-one with clients to determine potential risks, current health status and health literacy. Students will then encourage clients using motivational interviewing to take steps towards improving their health and living with a healthy heart. An evaluation tool will be included in order to gain awareness of what worked and what did not for each participant that join us at the fair. If you live in the Portland Metropolitan area, you are welcome to join us and we look forward to greeting you.

Yes good Information, not only that recently I found onecollege which is offers beyond-the- classroom experience to students in the rapidly-expanding industries of Health Care, Criminal Justice, Business, and Computers. Don't miss out on great career opportunities.

Got good information in your blog and get more information for best insurance Agency which Provides exceptional service with personal and business insurance throughout North and Central New Jersey, since 1988. As an active member of the Independent Insurance Agents & Brokers of America, we match our customers to the company that is best for our clients.