The Office of the National Nurse 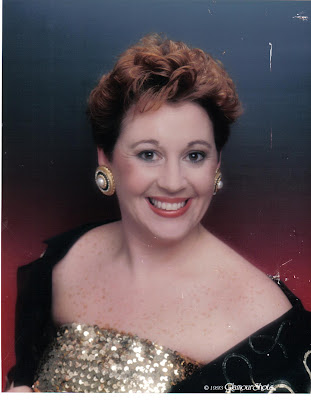 Pictured: Susan Bowles, RN, DNP Candidate
The following is a policy paper written by Susan Bowles, a DNP candidate in the Class of 2011 who is attending the University of San Diego:

"It is hard to believe that a century has come and gone since Florence Nightingale passed away. This past year, the centennial anniversary of her death, was designated as the 2010 International Year of the Nurse. The purpose of the year was to celebrate and actively engage the world’s nurses (more than 3 million in the United States alone), to focus on health care not sick care. By taking a cue from the founder of modern Nursing Florence Nightingale, nurses have an opportunity to lead.

How healthcare is provided to Americans needs to be transformed. Preventable diseases are near epidemic proportions in this country, and despite the fact that on March 23, 2010 President Obama signed into law the Patient Protection and Affordability Care Act (P.L. 111-148) unless a focus on prevention occurs, will there truly be healthcare reform? As a neonatal nurse professional, everyday I see the results of the lack of prevention. One in every eight babies is born too soon, costing us more than 10 times that of a healthy full term newborn. The hidden costs are tremendous as well. The strain on the families can be indescribable.

How do we get focused on prevention? Nurses of course! According to the Gallup Poll, nurses are America’s most trusted professionals. As a group nurses have the potential to be a major catalyst in initiating a nationwide shift to prevention and improved health outcomes. Nurses serve on the front line of health care. The Institute of Medicine, after a two year study concluded that it is nurses who will improve our health care system by reducing costs, enhancing care, and making it more accessible. But how?

As with all things in nursing, this bill is not without its detractors, many of them nurses. A letter published on March 18, 2010 in the Nursing Community forum opposing the creation of the National Nurse was signed by 34 individuals or nursing organizations. The gist of the opposition is the belief that by strengthening the existing public health infrastructure and resources, more can be attained.

After five years HR 4601 The National Nurse Act of 2010 sits in committee. Transformation change is never easy; but the lady with the lamp showed us how to do it.

A National Nurse can become a visible symbol of the valuable work nurses do every day. What happens next? The first nurse and the second woman to serve as president of the Tournament of Roses starts her term in 2012, culminating with the nurses float in the 2013 parade. Will the National Nurse be on it?"