Improving the Health of America: National Nurse Act of 2011 Introduced in Congress 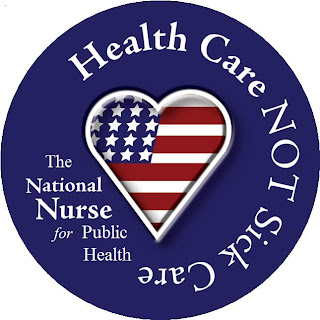 Washington D.C.—Congresswoman Eddie Bernice Johnson (TX-30) introduced HR 3679, The National Nurse Act of 2011 on December 15, 2011. This legislation, co led by Congressman Peter King (NY-3) will create the National Nurse for Public Health by designating the existing position of the Chief Nurse Officer of the US Public Health Service to serve in that capacity. This bill elevates this nurse into a full time leadership position to focus on the critical work needed to address national priorities of health promotion and disease prevention. Major efforts will be directed at improving health literacy and decreasing health disparities in America.

Teri Mills MS, RN, CNE who serves as President of the National Nursing Network Organization first introduced the concept for a National Nurse in a 2005 NY Times op/ed. "There is overwhelming evidence supporting the critical need to boost health promotion and prevention efforts as well as answer the public demand for increased leadership in nursing. HR 3679 will bring forth the significant and trusted voice of the nurse to the ongoing conversation about health and health care in America," said Mills. "We are delighted to have immediate bipartisan support for this legislation and hope that Congress agrees to pass this quickly."

More importantly, the National Nurse for Public Health would accurately portray nursing leadership (as opposed to negative media stereotypes) and will enhance the image of nursing and improve public awareness of the many roles nurses fulfill in protecting public health. A January 2010 Gallup Poll conducted by the Robert Wood Johnson Foundation revealed that 86 percent of those surveyed stated they would like to see nurses have more influence in promoting wellness and expanding preventive care. This legislation demonstrates how a nurse leader can contribute to health policy and planning decisions to meet the recommendations of the Institute of Medicine’s 2010 report, The Future of Nursing: Leading Change, Advancing Health.

Recently, the International Council of Nurses surveyed 1600 nurses and found overwhelming evidence that nurses want to lead in the global fight against the further spread of non-communicable diseases (NCDs). Ninety-five percent of the respondents want to use their skills and time to educate individuals about the threat and prevention of NCDs. The government was identified as the top group (71%) who could offer support, information, and training to nurses to help them better address the prevention of NCDs. As a visible professional spokesperson, the National Nurse for Public Health will serve as a beacon and leader in a nationwide focus on health promotion and illnesses prevention.

“Nurses already incorporate teaching as a cornerstone of nursing care no matter where that care is being delivered. In addition, nursing interventions for health promotion are powerful tools for prevention in community settings,” states NNNO Board Member Elizabeth McPhee RN. “Furthermore, the Gallup poll indicates year after year that Americans listen to nurses about their health. We believe the nursing profession has the expertise, the skills and the commitment needed to shift the tide towards prevention and begin to improve our nation's health at a time when chronic preventable conditions are occurring at astronomical rates.”

“The National Nurse Act of 2011 provides an innovative, pragmatic, and cost effective solution and one that will help to heighten awareness of components outlined in the recently published National Prevention Strategy,“ says Mills. "Furthermore, states, including Oregon, are exploring how to provide cost effective healthcare and recognize that this process begins with disease prevention. Having a National Nurse for Public Health will add the trusted voice of the nurse to this equation."

For more information on HR 3679 The National Nurse Act of 2011, visit: http://nationalnurse.org 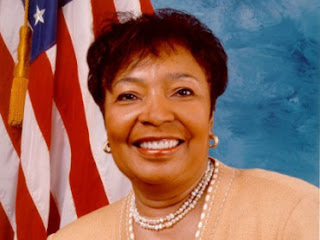 The National Nurse would function alongside the Surgeon General and focus on health promotion, improving health literacy, and decreasing health disparities.

“The National Nurse Act of 2011 is an important piece of legislation that would establish a focal point for promoting health and disease prevention. There are currently 3.4 million nurses, making the demographic the largest sector of healthcare workers in the United States.

“As the first registered nurse in Congress, I believe that having a National Nurse focused on prevention activities will help reduce illnesses and decrease the costs for care and services,” said Congresswoman Johnson.

The National Nurse Act of 2011 is currently endorsed by dozens of prominent nursing organizations and key stakeholders.