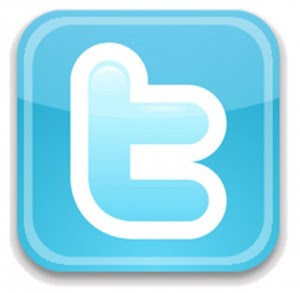 Kathy Quan RN, BSN, PHN from California, will be tweeting using #ANationalNurse and Beth Barranco RN, BSN from Georgia will send tweets out through #ANurse4America. Please follow both of these accounts to receive the latest information about HR 3679, the National Nurse Act of 2011.

We also encourage you to sign up to receive the National Nurse Newsletter!

Email teri@nationalnurse.info to be added to the data base. The newsletter is free and will provide you with ways you can become involved to help this legislation.

Thank you to Blog Talk Radio hosts Keith Carlson and Kevin Ross for inviting Teri Mills MS, RN, CNE, President of the National Nursing Network Organization to discuss HR 3679, The National Nurse Act of 2011 on the July 9th program. There is now a link to archived version of the show and all are encouraged to listen to the program. The hosts stated they have already received communications from regular listeners who felt as if the topic was very timely and significant and that the show was informative and inspirational.

The hour-long program began with Kevin, Keith, and Teri discussing the origins of the National Nursing Network Organization and how the campaign for a National Nurse for Public Health began. Have you ever wondered what it is like for nurses to go to Capitol Hill and lobby for an issue that they care about? As the hosts of the show noted, "nurses have their boots in the sand and are well positioned to share real life examples of health care with their elected officials".

Or, are you curious as to what HR 3679 might accomplish should the bill become law? Many have also asked how long it takes for a bill such as the National Nurse Act of 2011 to pass through Congress. This is your opportunity to learn the answers to these questions and more.

We especially would like to thank those who took the time to listen to the show live. Calls were received from Texas, New York, California, and New Hampshire. One supporter emphasized how the bill is aligned with clauses in the Affordable Care Act that focus on health promotion and prevention. She explained, "HR 3679 would be an additional investment for our citizens and for our country". A review of the literature has validated and affirmed that this bill is needed and that it has great potential to benefit Americans in helping to keep them well.

Thanks to the listener from Texas, who told the listening audience that the National Nursing Network Organization responds to every email received via the Contact Page at http://nationalnurse.org. We urge you to please contact us so we may assist you in writing or calling in your support to your own US Representative. Your actions matter and often take less than fifteen minutes of your time.

Thanks for sharing. I'll have listen to this program soon.