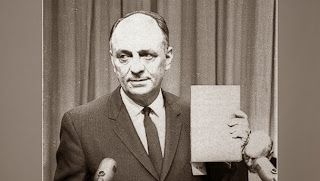 It has been 50 years since Surgeon General Luther Terry released the 1964 report, “Smoking and Your Health”. Terry worked in the Kennedy administration and acted upon a letter that President Kennedy received from an alliance of prominent public health organizations, calling for a solution to the public health problem of smoking. The report authored by this commission was released on a Saturday (January 11, 1964) in order to minimize distress to the stock market. Yet its findings still hit the country like a “bombshell”. Smoking and Health: Report of the Advisory Committee to the Surgeon General revealed that cigarette smoking was responsible for a 70 percent increase in the mortality rate of smokers over non-smokers. Smokers had a nine- to ten-fold risk of developing lung cancer compared to non-smokers. The report also named smoking as the most important cause of chronic bronchitis and pointed to a correlation between smoking and emphysema, and smoking and coronary heart disease. It noted that smoking during pregnancy reduced the average weight of newborns.

Fast-forward to 2014 when the Office of the Surgeon General released a new report on smoking that expands the death toll and the list of diseases caused by smoking. This report concludes that 480,000 Americans die each year from diseases now found to be related to smoking. This revised list includes diabetes, colorectal cancer and liver cancer. Smoking also is linked to multiple costly chronic conditions ranging from cleft palate in newborns to rheumatoid arthritis.

Acting Surgeon General Boris Lushniak states, "The battle is not over. The problem isn't solved. We still have 18% of our adult population smoking. And 5.6 million kids who are alive today will die early unless we take immediate action."

The United States can overcome the morbidity and mortality and human suffering related to smoking and create a tobacco free generation. Recommendations to achieve this goal include educational campaigns, something that nurses and health professionals are skilled in delivering. There are excellent materials already available in government and non- governmental agencies. As the National Nurse for Public Health, the Chief Nurse Officer of the PHS can be a more prominent and authoritative resource to engage many healthcare workers to accurately disseminate anti-smoking messages and to replicate successful anti-smoking programs in their own communities.

The American Federation of Teachers Support Letter for H.R. 485 The National Nurse Act of 2013

The establishment of a full-time national nurse for public health would give long- overdue recognition to the important role nurses play in the public health system, as well as provide an important platform for greater public education on the importance of preventive care, proper treatment of chronic illnesses and the need for emergency preparedness. As you know, nurses are highly valued and trusted by the public, which means they are particularly effective messengers on how to solve the important healthcare challenges facing our communities today.

We deeply appreciate your introduction of this legislation, and gladly offer whatever help we can provide in moving it forward.