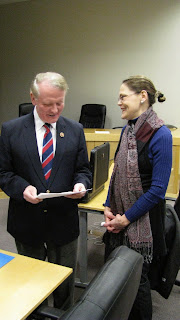 Congress will be in recess May 12th-16th and this is the perfect opportunity to make an appointment to speak directly with your U.S. Representative to request support for The National Nurse Act of 2013 as a co sponsor. Personal contact from a constituent is the most effective way of advocating for a cause. Visit the Take Action page on the National Nurse website for helpful tips and a website to find out the locations of your U.S. Representative’s district offices.

“You don’t need to be political to be involved

Although she says she is not “a political person,” Audrey Bayer, RN, BSN, of Lambertville, N.J., contacted the National Nursing Network Organization and decided to bring the National Nurse Act (H.R. 485) to the attention of Congressman Leonard Lance (R-NJ).

“Of course I was nervous,” says Bayer, “since I had never met a person from Congress before. But I felt that this was my moment! He responded in a positive manner, accepting the information I provided, both written and verbal.”

The NNNO has talking points and informational materials that can be easily downloaded from your home computer. Please contact the NNNO Board once your appointment has been scheduled. We are here to help! 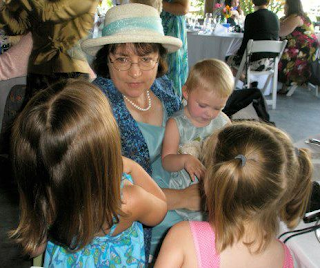 “On March 18th, the Vermont House and Senate passed Joint Resolution 15, urging Congress to support H.R. 485, The National Nurse Act of 2013. Support was so strong in Vermont’s citizen legislature that the Resolution passed before supporters even began to request to testify about it! Having supported the National Nurse initiative since its inception, this Vermont grandmother is jubilant! There may already be a Chief Nursing Officer in the USPHS, but I am not a nurse. I am a grandmother and my family needs a National Nurse for Public Health. I need someone who can be a strong advocate and supporter of our nurses who work on the front lines of healthcare, while also focusing our whole nation, average citizens included, on prevention! I have long known about our Surgeon General but had never heard of us having a Chief Nursing Officer. I am proud and so grateful that the Vermont State Legislature voted overwhelmingly to support the National Nurse Act of 2013. Having a visible, trusted nurse spokesperson who will encourage us to live a healthier life style will benefit us now, and my grandchildren in the years ahead.” 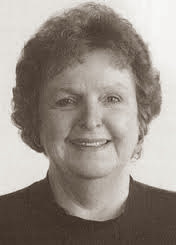 Thank you to Vermont State Representative Kathleen Keenan (Franklin-3) who introduced and led the passage of a joint resolution in Vermont in support of the National Nurse Act of 2013. Representative Keenan, a registered nurse, graduated from the Jeanne Mance School of Nursing in Burlington, Vermont, (Diploma, 1963); and from the University of Vermont for the Family Nurse Practitioner Program in 1976. 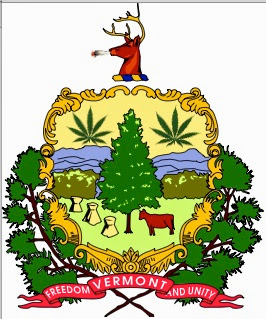 Joint resolution urging Congress to support H.R. 485, The National Nurse Act of 2013 Offered by: Representatives Keenan of St. Albans City, Dakin of Chester, O’Brien of Richmond, Spengler of Colchester, and Till of Jericho

Whereas, every day, nurses provide critical health care services to individuals in hospitals, clinics, nursing facilities, and doctors’ offices, and as nurse practitioners, and

Whereas, our nation continues to face an epidemic of preventable conditions and chronic diseases, and

Whereas, nurses are crucial to the promotion of preventative care by helping to inform and educate the public, and

Whereas, thousands of nurses and nurse educators live and work in Vermont, and

Whereas, H.R. 485 designates the Chief Nurse Officer of the U.S. Public Health Services as the National Nurse for Public Health, and

Whereas, under H.R. 485, the National Nurse for Public Health shall perform the following duties:

“(1) Provide leadership and coordination of Public Health Service nursing professional affairs for the Office of the Surgeon General and other agencies of the Public Health Service, including providing representation for the Government of the United States at the Global Forum for Government Chief Nursing and Midwifery Officers and serving as a member of the Federal Nursing Service Council.

“(2) Represent the Surgeon General and the agencies of Public Health Service in communications with groups and societies concerned with nursing issues at the local, State, national, and international levels.

“(3) Provide guidance and advice to the Surgeon General and the Nurse Professional Advisory Committee on matters such as standards, recruitment, retention, readiness, and career development of nurses employed by and contracted with agencies of the Public Health Service.

“(4) Conduct media campaigns and make personal appearances for purposes of paragraphs (5) through (7).

“(5) Provide guidance and leadership for activities to promote the public health, including encouraging nurses and other health professionals to be volunteers and developing projects that educate the public about and engage the public in prevention practices to achieve better health.

“(6) Provide guidance and leadership to encourage nurses to engage in furthering their education in order to conduct nursing research, increase the awareness of evidence-based practice, and educate future nurses.

“(7) Provide guidance and leadership for activities that will increase public safety and emergency preparedness,” and

Whereas, the National Nurse for Public Health will act to raise awareness of health issues, encourage volunteerism of nurses and other individuals, strengthen the relationship between          government agencies and health-related national organizations, and participate in the identification of health priorities, thus raising the status and drawing attention to the importance of the nursing profession, now therefore be it

Resolved by the Senate and House of Representatives:

Resolved: That the Secretary of State be directed to send a copy of this resolution to the members of the Vermont Congressional Delegation.

National Public Health Week-Get Out Ahead

This year, just as in years past, our country will celebrate National Public Health Week the first week in April. Instead of having one central theme for the week, each day will focus on a different goal. The subject for Wednesday, April 9th is Get Out Ahead. This date is ideal to emphasize that prevention is now a nationwide priority. According to the NPHW website, “as the public health system evolves, there are more options than ever when it comes to preventive health measures. Public health and clinical health professionals must work collaboratively to help individuals identify and pursue the best preventative health options.”

Did you know that according to the Public Health and Prevention Fund Fact Sheet, APHA seven in 10 deaths in the U.S. are related to preventable diseases such as obesity, diabetes, high blood pressure, heart disease, and cancer? Another striking fact is that 75 percent of our health care dollars are spent treating such diseases. However, only 3-5 percent of our health care dollars go toward prevention. These are points that Elizabeth McPhee mentioned during the Congressional Briefing described above.

H.R. 485 The National Nurse Act of 2013 and its companion bill, S. 1475 require minimal cost in comparison to the great potential for a strong return on investment. The increase in salary that would occur when the CNO USPHS is advanced in rank and made full time is nominal compared to the potential cost savings generated by having many nurses become active in prevention in their local communities. Be sure to mention this important point when communicating with members of Congress.

There are many tools and tips that we can all use to promote prevention on the NPHW website. Please take a look and get involved in health promotion and disease prevention efforts in your local community.