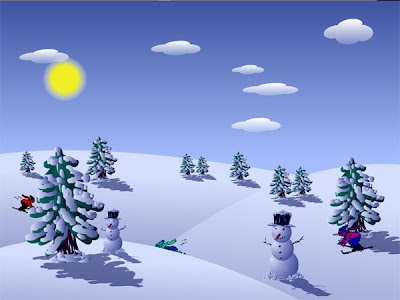 This past year brought significant change to the National Nursing Network Organization. THANK YOU to the hundreds of you who have spent countless hours providing us with advice, expertise, and support over the past 12 months and beyond.

Highlights:
We welcomed new Board members Ruth Amos JD, RN; Edie Brous MSN, PHN, JD, RN; and Susan Sullivan MSN, PHN. With the help of a supporter, we were able to provide a You Tube video to help make the case for an Office of the National Nurse. Thank you to Portland Community College who assisted with the production of a video stream from the national teleconference we presented at. At the suggestion of a reader, we added an About Us webpage . Another nurse wrote to us and requested new graphic designs for the National Nurse merchandise found at Cafe Press , and with the help of Kindra Scanlon a pre-nursing student and graphic artist, we were able to grant this request.

We were able to send out one to two newsletters each month and you are encouraged to send your email to Teri. to receive these updates. Several of you sent us cash donations and we appreciate this support to help maintain our website, mailing list, and travels to educate others about the ONN proposal . In March 2007 we traveled to Washington DC and met with several members of Congress, their staff, and also with those who serve in the USPHS.

For anyone who wishes to take a trip down memory lane, click on the archived months of 2007 at www.nationalnurse.org to follow our journey.

Presentations:
Our board members traveled to Santa Barbara (California), Portland (Oregon) Baltimore (Maryland), Atlanta (Georgia) and San Diego (California) to present the Office of the National Initiative. Here a list of presentations that we gave during 2007.

Publications:
“Office of the National Nurse-Leadership for a New Era of Prevention” by Mills and Schneider was published in the February 2007 issue and it still remains number 21 out of the most read articles in Policy, Politics, and Nursing Practice.

Happy holidays and may 2008 bring you and your family blessings of joy, health, and peace.

The Gift of a Nurse

God took one pair of angel wings,
One halo heart of gold

Two eyes that hold compassion
For others young and old

He wrapped it up
With tender care

And called this gift a "Nurse".
Author Unknown 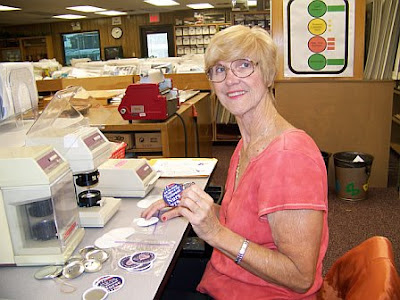 Pictured: Susan Sullivan making buttons to promote the campaign for an Office of the National Nurse

The Board of Directors of the National Nursing Network Organization commends the Robert Wood Johnson Foundation/ and the AARP Foundation for their support and innovative efforts to call attention to the nation’s nursing needs. Their latest project, the Center to Champion Nursing in America, is designed to raise awareness of needs in nursing and elevate the visibility of the nursing shortage. These goals parallel the efforts of nurses who are striving to create the Office of the National Nurse. Visibility and prominence of the nursing profession is critical to securing continued support to meet the needs of the nursing profession and to strengthen our nation’s healthcare system.

Research shows that nurses are key to safe patient care. Based on ubiquitous presence of nurses in all communities and the high degree of trust bestowed on them, an adequate nursing workforce can also play a major role in PREVENTION, thus reducing both morbidity and costs. With symbolic leadership of a respected governmental nursing leader who is proclaimed the National Nurse, nurses nationwide will be motivated and sanctioned to begin leading a cultural shift to focus on preventive efforts in our healthcare delivery.

Thank you to M. Christopher Saslo DNS ARNP BC and the Board of Directors of the Florida Nurse Practitioner Network (FNPN) for endorsing the Office of the National Nurse initiative. The FNPN is a network representing over 9,000 Nurse Practitioners across all specialties and settings in Florida. Florida has the second highest population of NPs in the United States.

Please accept this letter on behalf of the Florida Nurse Practitioner Network, representing over 9,000 nurse practitioners, to endorse your continued efforts in empowering nurses to increase the preventative care in this country. Your support to establish symbolic national nursing leadership for a new philosophy and cultural shift to prevention in US Healthcare is essential for our health care systems success.

We believe that re-titling the Chief Nurse Officer of the USPHS to become the “National Nurse” will provide the authority, impetus, and recognition needed nationally to promote prevention. In addition, we commend you for your efforts to help raise nursing’s visibility, provide guidance for state and local leadership in mobilization of volunteer nurses and to enhance prevention and improve health outcomes.

With the political climate being as challenging as it has been, it is good to recognize our mutual commitment to ensuring adequate health care for all individuals, and for the FNPN, our Floridians. Through the alliance between the various nursing organizations both nationally and throughout Florida that support advanced practice nursing, we will certainly be able to make positive changes.

We look forward to our continued partnership and dedication to moving ahead with ensuring all Nurse Practitioners and other Nursing professionals are able to practice with the full scope that their educational training and preparation has afforded them. Please do not hesitate to contact us with any questions or needs that may rise.