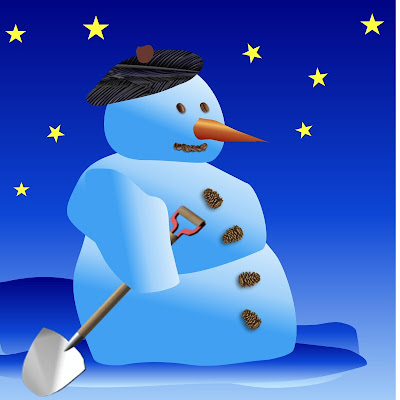 The Office of the National Nurse Initiative continues to resonate with nurses who like the majority of Americans, rank prevention as the most important health care reform priority, and overwhelmingly support increasing funding for prevention programs to reduce disease and keep people healthy. You are all extremely important in our work to create an Office of the National Nurse- THANK YOU to the hundreds of you who tirelessly provided us with advice, expertise, and support this past year!

In the past four years, 400 posts have been written for the website and we have received over 100,000 visitors! The News Link recently received recognition; it is ranked number three in the Health/Nurse category of blogged.com Hundreds have now signed up for the National Nurse Campaign on Facebook.

Trust for America’s Health sent a thank you to the House of Representatives for their strong support of evidence-based prevention in the “Affordable Health Care for America Act; their note included the Office of the National Nurse logo!

We are especially grateful to the next generation of nurses. Nursing students have been instrumental in providing support and gaining endorsements. Thanks to PCC student nurses who are now RNs, a joint resolution urging the US Congress to enact legislation to create an Office of the National Nurse passed overwhelmingly in both branches of the Oregon State Legislature. Oregon joins Massachusetts, New York, and Vermont who had already passed similar resolutions.

The National Nurse newsletter goes out to thousands- please email Teri if you know of others who are interested in receiving these updates.

Several of you sent us cash donations, via Click and Pledge or mailed the NNNO checks. We greatly appreciate this support to help maintain our website, mailing list, and brief travels to educate others about the ONN Initiative. In March 2009 we traveled to Washington DC and met with several members of Congress, their staff, and also with leaders who serve in the USPHS.

For anyone who wishes to take a trip down memory lane, click on the archived months of 2009 found at http://nationalnurse.blogspot.com to follow our journey.

Several organizations and prominent individuals endorsed the ONN initiative in 2009, including:

A complete list of all our endorsers can be found at http://nationalnurse.org/endorsements.shtml.

Our board members traveled to Portland (Oregon), Burlington (Vermont) and Washington DC) to present the Office of the National Nurse Initiative. Please contact us if you are interested in inviting members of the NNNO Board to your classroom or meetings so that others may receive information about the proposal. Please be aware that CEUs have been made available in the past for those attending conferences.

Here a list of presentations that we gave during 2009:

Additional articles published about the Office of the National Nurse in 2009 include:


On TV and the Radio:

Quote for the Day

"There is no use trying, said Alice; one can't believe impossible things. I dare say you haven't had much practice, said the Queen. When I was your age, I always did it for half an hour a day. Why, sometimes I've believed as many as six impossible things before breakfast."
Lewis Carroll

We wish you the happiest and healthiest of holidays and look forward to 2010!
Alisa, Teri, Terri, Susan

For the second year in a row, the National Nurse News link was reviewed and given a score of 8.8-GREAT- out of (10). It is currently rated number three (133 blogs are listed) in the Health/Nursing category of Blogged.com

I voted for National Nurse's blog. :)

Thank you to June Benoit, President of the Vermont State Nurses Association for her willingness to publish an article about the Office of the National Nurse initiative in the Vermont Nurse Connection Nov/Dec/Jan 2010 issue. The story appears on page 4.

Here are the first two paragraphs of what was published:

"Americans and especially nurses are all too aware that our healthcare system is in crisis. If nothing is done to curb costs, in less than 7 years, health care in the United States is projected to cost $4.2 trillion or about 20% of the gross domestic product (GDP). (Poisal, 2007). Insurance premiums are skyrocketing, prescription drugs are unaffordable, and chronic preventable diseases including Type 2 diabetes, are on the rise. Trust for America's Health and the RWJF Foundation's June 2009 survey found that Americans rank prevention as the top healthcare reform priority (TFAH, 2009). Fortunately, the nursing profession is well positioned to undertake this enormous task as a large skilled nursing workforce exists across all communities with the expertise, skills, and commitment needed to shift our focus to prevention and begin improving our nation's health. Many are calling for an Office of the National Nurse to provide the necessary leadership for nurses willing to take up this challenge.

It is being recommended the Chief Nurse Officer (CNO) of the USPHS be legislated to become the National Nurse, to avoid duplication of services and minimize costs. The Office of the National Nurse would function along side the Surgeon General and focus on the Surgeon General’s priorities of health promotion, improving health literacy, and decreasing health disparities. Having Congress designate the CNO with the unique title of "National Nurse" will create visible nursing leadership, help educate the public on what nursing really is, and emphasize prevention and health promotion (Mills & Schneider, 2009)."