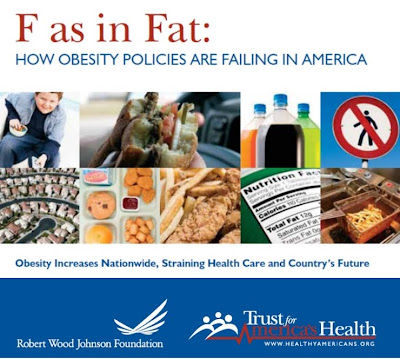 If nurses and the public are not yet convinced it is time to take action to combat obesity, the latest report posted online by the Trust for America's Health and Robert Wood Johnson Foundation is another sobering wake up call. The timely report "F as in Fat: How Obesity Threatens America's Future 2010" reflects data for both adults and children, includes color maps to indicate obesity rates in each state, and provides links to more specific data for each state. Included are statistics that highlight the ethnic, racial, regional and income disparities in this growing epidemic. The article provides more excellent data to support the premise of HR 4601 - creation of a National Nurse to raise awareness and prompt nurses in every community to take action to combat obesity and other costly preventable diseases.

Although some progress is reported, the disparities continue according to Jeffrey Levi, PhD, executive director of Trust for America’s Health. Levi states "This report shows that the country has taken bold steps to address the obesity crisis in recent years, but the nation's response has yet to fully match the magnitude of the problem." More can and must be done to raise awareness and motivate behavioral changes. The report acknowledges that more than 12 million children are obese, and sites survey data indicating 84% of parents believe their children are at a healthy weight, even when research shows nearly one-third of children and teens are obese or overweight.

"Obesity rates among the current generation of young people are unacceptably high and a very serious problem," said Risa Lavizzo-Mourey, M.D., M.B.A., RWJF president and CEO. "To reverse this national epidemic, we have to make every community a healthy community. Americans are increasingly ready and willing to make that investment." This readiness and willingness are obvious to supporters of HR 4601, and serve to drive the campaign for a National Nurse to help spearhead community action.

This report also discusses ways some of the new Patient Protection and Affordable Care Act of 2010 sets policy and provides a number of prevention and wellness provisions to help address the issue. Community Transformation grants and the National Diabetes Prevention program are mentioned as having potential to help leverage the success of existing evidence based programs in more communities. Such funding will be a key resource, as the National Nurse role is developed to mobilize nurses, students and retirees to become active supporters and participants in their community's efforts.

The NNNO Board encourages all supporters to review this key report online. Be prepared to reference this pertinent report whenever you encourage support for a National Nurse and/or visit your legislators to request they become co-sponsors of HR 4601 The National Nurse Act of 2010. 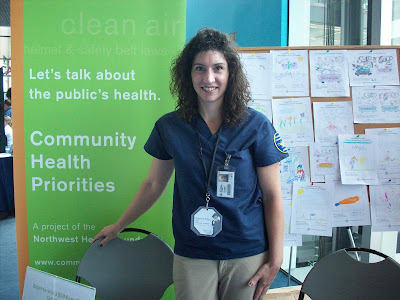 "Florence Nightingale can be quoted as saying “Nursing is a thing, which, unless we are making progress every year, every month, every week, take my word for it, we are going back” (Whyte, 2009). Historically the image of nursing has been a conflicted one. Its image has either been held in high regard as a noble and respected profession, usually by those who come in direct contact with the nurse, known as “merciful angel,” “heroine,” or perhaps the “greatest mother.” Or its image is misrepresented by what the media wants to portray such as “handmaidens,” subservient to physicians, “ battle-axes,” drug addicts or sex symbols.

Through exhaustive research it was found that nurses were completely underrepresented in the media. This study reviewed over 2000 health related articles from 16 major news publications and found the nurses were cited only four percent of the time. Additionally, one of the study’s key recommendations said that “if nurses merely wait for the media to discover their emerging roles as researchers, educators, problem solvers, and practitioners they are doing the public a disservice.”

Other recommendations included a call for nurses to speak out and promote professional images, to use strategies such as marketing and advertising to promote nursing, to create a database of experts at the national and state levels including local teams, and to increase visibility by writing to editors and correcting misreported information or under-reported issues.

Progression of nursing will need aggressive efforts at improving its image, and one key element of this study reveals, that it is necessary to begin with changing the media’s portrayal of nursing (Woodhull, 1998). Having Congress designate the Chief Nurse Officer of the US Public Health Service to be known as the National Nurse would help this important position become more visible and recognized by nurses and the public. In addition, this change would provide a huge boost to current efforts by nursing advocacy organizations who are working to improve nursing's image throughout the country." 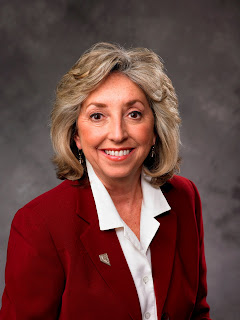 Congresswoman Titus serves on the Transportation and Infrastructure Committee as well as the Education and Labor Committee. She has been a life long public servant and educator. When Congresswoman Titus served as Minority Leader for the Nevada State Senate she sponsored legislation to create Nevada’s Check Up program to provide health care for 25,000 uninsured children. She advocated for tougher regulation of nursing homes and sponsored a successful bill to double penalties for offenders who commit crimes against disabled persons. In recognition of her strong advocacy, the Dina Titus Estates for low-income, physically disabled adults was named in her honor. Here is Congresswoman Titus's statement of support for HR 4601:

“Nurses play a critical role in delivering quality health care to patients across the country. As such, they deserve a high-level dedicated representative within the Department of Health and Human Services who knows their issues, recognizes their challenges, appreciates their sacrifices, and can advocate for them. That is why I am pleased to cosponsor H.R. 4601, the National Nurse Act, and will continue to support the needs of our nation’s nurses.” 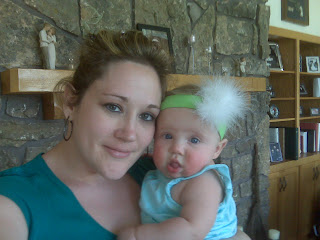 This is a continuation of a four part series that focuses on portions of papers the National Nursing Network Organization has received from numerous students who are studying and writing about HR 4601 The National Nurse Act of 2010 to meet coursework requirements.

Thank you to Amber Michelle Wolff BSN, RN who is enrolled in the University of Cincinnati Graduate School of Nursing in Woman’s Health and Midwifery for choosing this topic for her Health Care Policy paper. Michelle writes,

"As nurses, we are the first line of defense against disease. Nationally we are among one of the highest respected professions. With mounting health care costs and a slowing economy, the health of our nation is undeniably fighting its own war against disease. HR 4601 The National Nurse Act of 2010 was introduced to primarily focus on disease prevention and promote wellness as well as strengthen the profession of nursing. We as nurses have the opportunity to embrace our profession, to promote prevention and alleviate this financial burden.

Health literacy is another focus the NN seeks to promote. As immigration becomes one of the forefronts of today’s economical constraints, it also inherently affects the health care system as well. Many immigrants, legal or not seek health care in America. Health literacy can often impede ones access to quality health care because lack of understanding of the English language or lack of appropriate translation. According to the United States Department of Homeland Security annual flow report, 1,130,818 people obtained legal permanent resident or green card in 2009 (Monger, 2010).

We as nurses have the capability to collaborate with one another to achieve the goal of preventative health care. During this time of economic and health crisis, now more than ever nurses must become proactive in the fight against illness and disease."

Office of the Surgeon General (2010). Duties of the surgeon general. Washington, DC:
USPHS. Retrieved on April 28, 2010 from http://www.surgeongeneral.gov/about/duties/index.