We Need a National Nurse! What YOU Can Do 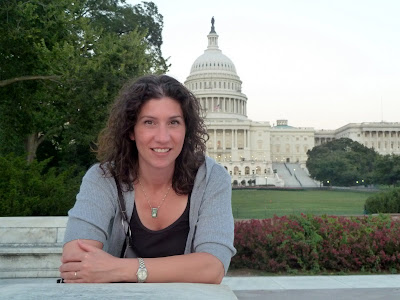 Read This Article and Get Involved!

Elizabeth McPhee RN and NNNO Advocacy Team Member makes a strong case as to why America needs a visible and prominent nurse leader for health promotion and prevention. Elizabeth writes, "Nurses are all too aware of the critical problems facing public health. The good news is that most causes of chronic disease, like obesity, are preventable, which is where we nurses come into play. We believe that it is nurses who should be standing at the forefront of a movement to educate people on preventing illness in the first place, before it becomes a chronic disease.

Nurses spend more time with patients than any other medical provider. Year after year, the Gallup poll indicates that Americans respect nurses and listen to them on health issues. By offering disease prevention education in our communities, we can help to decrease soaring healthcare costs and end needless suffering, initiating a more healthful society.

Nurses are galvanized by this proposal and want to keep moving forward. We have unique skills and insights to offer the public. We understand that preventive medicine is better than reactive medicine; the quality of life matters. That is why we must secure the passage of HR 4601 The National Nurse Act of 2010.

If this campaign inspires you to get involved and become a part of this grassroots effort, please: 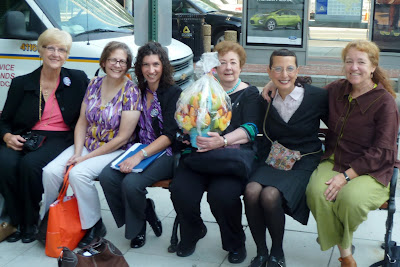 Thank you to your generous donations that supported the following individuals who joined NNNO Board Members Teri Mills, Terri Polick, and Susan Sullivan last week in Washington DC: Elizabeth McPhee from OR, Laura Stokowski from VA, State Representative Marcia Moody from NH, Debbie Orre from MA, and Tara Candela from VA. The National Nurse Team met with the staff of 2 US Senators and as well as staffers from the offices of 22 US Representatives.

As supporters of HR 4601 The National Nurse Act of 2010 walked the long halls and rode the elevators in the house office buildings, staff also approached them from other offices who requested that they stop by and leave information for their member to consider. Wearing National Nurse buttons and having postcards, business cards, and informational packets proved to be worthwhile and necessary. But the strategy that most engaged the staff was asking them about other nurses in their family, or how a nurse has impacted their life in a special way. This inquiry always brought a flood of positive comments and opened dialogue on the importance of nurses being involved in healthcare and especially in health promotion and prevention!

Members were very excited to meet with the National Nurse team. Comments that were repeatedly heard include:

“This legislation could help and support current efforts to organize the deliver of health promotion and prevention messages.”

“This bill is cost neutral and the timing is perfect!”

“Nurses are on the frontlines of prevention and deserve recognition.”

“You (the team/supporters) are speaking our language.”

“This is a great idea for culturally diverse communities that do not have access to health care.”

CONGRATS on your success!!! Must feel good to have made a difference. Thanks for your efforts!!! 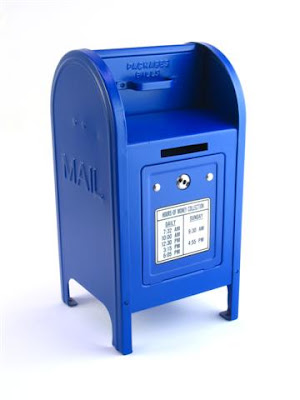 "The increasing importance of the role of government Chief Nursing Officers creates a strong reason for supporting HR 4601. The United States should follow the world’s lead and support the creation of this senior health policy role, The National Nurse", states Sally Cadman, MS, ACNS-BC, CCRN from Hollis, New Hampshire. Cadman is currently a DNP student at Beth-El College of Nursing and Health Sciences of the University of Colorado at Colorado Springs. Here are some additional excerpts from Cadman’s paper, Establishing the Office of the National Nurse: HR 4601:

“I have given my name in support to HR 4601 because of my research on this bill and my review of the literature on government Chief Nursing Officers. This review of the literature helped frame my opinion that the United States needs to elevate and promote their CNO so they can advocate for nurses and patients within the international community. Although the bill focuses the majority of the role components within the nation, there is reference within the bill of role impacting the international healthcare community. This is an important role component that adds strength to the support of HR 4601. Global nursing shortages, biological threats, pandemics, natural disasters, and global healthcare reform all make the establishment of the Office of the National Nurse a more compelling priority.

Since 2001, there has been increased attention played to the role of government CNOs, mostly because of the passing of resolution WHA 54.12 by the World Health Assembly of the World Health Organization (WHO) (Salmon & Rambo, 2002). This resolution is entitled Strengthening Nursing and Midwifery and is aimed at increasing awareness of the global nursing shortage (Salmon & Rambo, 2002) Over 90 nurses function in high-level health policy roles in the world (Salmon & Rambo). After this WHO resolution, a formal global network of CNOs was formed and is called Government Chief Nursing Officer Network or GCNO-Net (Salmon & Rambo).

It is important to note that some of the roles outlined for the National Nurse are currently part of the United States Public Health Services CNO, Kerry Paige Nesseler’s job description. For example she recently represented the United States at the World Health Organizations Global Leadership Collaborative held in February 23, 2010. On February 3, 2010 she attended the Federal Nursing Service Council. It is unclear from her writings the depth and breadth of her interaction and ability to speak for the United States. There seems to be many more avenues for collaboration with the world community. I am unclear how the current CNO can do this in a part-time role. I see the full time Office of the National Nurse strengthening this relationship to the international community.

Change is slow. For example, after 25 years of lobbying by nursing groups, Australia appointed their first chief nursing and midwifery officer (CNMO) in June of 2008 (White, 2009). This will allow them to send a representative to World Health Organizations chief nursing and midwifery officers meeting at to the World Health assembly. This is in direct comparison to New Zealand who has embraced the position of CNO for over 100 years (Salmon & Rambo, 2002).

The time has come for a National Nurse. America needs an articulate caring, effective nursing spokesperson to collaborate within America and the world’s health community.” 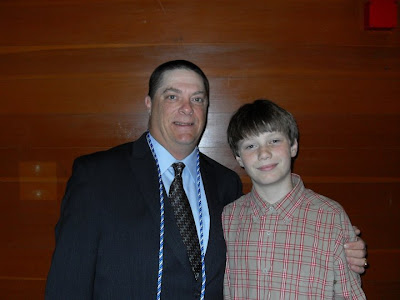 This concludes our four part series featuring portions of papers written by undergraduate and graduate nursing students who are studying and writing about HR 4601 The National Nurse Act of 2010.

Craig Grover SN (Class of 2010) wrote about The National Nurse. He writes,

"The traditional image of the nurse in America has changed from being a white privileged female into a culturally diverse population that incorporates both men and women from all ethnic backgrounds and income levels. This new population of nurses is becoming independent in their thinking about how the future direction of nursing should be directed. The Office of the National Nurse has inspired this future nursing generation as was evidenced at the National Student Nurses Association annual convention. At this convention students rallied from all over the nation asking that this important issue be heard at the House of Delegates. Student nurses join those who are seeking a visible nurse leader to help organize efforts and create a data base of proven successful programs for the nurse to access to deliver health promotion in their community.

Educational interventions for health promotion and disease prevention have become a nationwide priority for Americans (TFAH, 2009). The seven most common chronic diseases in America are putting a great strain on our health care system. Six out of the seven of these diseases-cancer, diabetes (Type 2), hypertension, stroke, heart disease, and pulmonary disease are preventable with modifiable changes in a person's lifestyle. Lack of physical activity, poor nutrition, tobacco use, and excessive alcohol consumption have all been found by the Center for Disease Control (CDC) to increase the risk of these diseases. Nurses are in an undervalued position for taking on the role of educating the public.

Opinion leaders say nurses should have more influence on health systems and services (RWJF, 2010). The Office of the National Nurse would provide a visible and trusted leader to serve as a messenger in delivering vital messages of health promotion to the American public. The Office of the National Nurse would promote the expansion of evidenced-based disease prevention programs and research shows this could save our nation sixteen billion dollars annually within the next five years according to a Robert Woods Johnson Foundation report (TFAH, 2008).

As student nurses, we are the voice of the future and the vehicles for implementing change in our communities. The National Student Nurses Association has identified improving the visibility of nursing as a goal. Who better than a prominent educated and recognized National Nurse to help us accomplish this?"