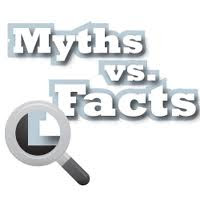 The political process can be adversarial, especially in this era of obstructionism in Washington, DC. The National Nursing Network Organization respects the right of all, including those who have differing viewpoints, to express their opinions. However, it is critically important that the information presented is factual and truly reflects the language in the legislation.

As nurses, we share a core set of values that includes transparency, honest communication and adherence to the ANA’s Code of Ethics. We remain confident this this altruistic legislation is non-partisan, cost effective, and has a strong potential for positive impact on both the public’s health and the profession of nursing.

H.R. 485, The National Nurse Act of 2013 is intended to elevate a deserving nurse leader, the CNO of the USPHS, to more visible national prominence and to provide recognition of the effective roles that nurses provide in promoting public health. One of the current functions of the CNO of the USPHS is to serve as the National Nurse and this needs to be widely known. The bill will acknowledge and raise awareness of this important fact to increase visibility and strengthen the role.

The bill keeps all existing duties of the CNO intact, it does not alter or dilute the current role. It also makes the position full time and ranks it in parity with the other CNOs of uniformed services who serve on the Federal Nurse Council. This enhanced prominence and recognition will provide authority to encourage mobilization of nurses in much needed community prevention efforts that replicate successful health promotion programs.

There is no request for new programs in the bill, nor is there any request for allocations of funding that would take away dollars from other nursing legislation including education or workforce/workplace nursing issues.

The National Nursing Network Organization's Board of Directors continually invites opportunities to dialog about the bill language and intent and will arrange meetings, conference calls, and online communications to do so. Direct discussion can clarify facts, explain rationale, examine differences, and lead to improvements in bill language.

Leadership of each potential supportive organization is encouraged to apply the nursing process and make an objective and thoughtful review of the evidence. The NNNO has witnessed that when this occurs, most often there is unanimous consensus lead to support the National Nurse Act of 2013. We are thrilled to announce that H.R. 485, The National Nurse Act of 2013 has now been endorsed by 130 national and state organizations as well as many prominent individuals. Click here to review the full list. Please email the National Nursing Network Organization's Board of Directors to request an accurate fact sheet on the bill and to learn how your organization can be added to the Signatory letter that is delivered to members of Congress.

The National Nursing Network Organization Team—Monday, May 20, 2013   Post only

Take Action- Write a Letter to the Editor 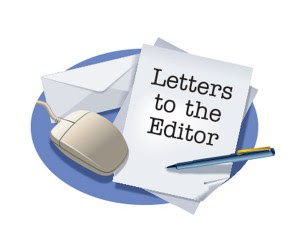 National Nurses Week, May 6-12th, is a great time to bring recognition to H.R. 485, The National Nurse Act of 2013 as well as to urge your U.S. Representative to sign on as a co-sponsor to this bill. One way to accomplish this is to write a letter to the editor of your local and/or state newspaper. Below is a template to get you started:

As a nurse who has worked in our community for __ years, I am writing today to ask that you join me in supporting H.R. 485, The National Nurse Act of 2013. H.R. 485 will help generate a stronger focus on prevention. And it will bring more recognition to the Chief Nurse Officer of the PHS by having this existing position be additionally designated as the National Nurse for Public Health.

There is a wealth evidence that the health of our country can be dramatically advanced by deploying our largest and most trusted national health resource, America's nurses. An important role of the National Nurse will be to encourage willing nurses and other health professionals to work with their local community health programs to improve health.

This bill deserves the full support of Representative ________. Nurses and other health professionals can take an active part in curbing the epidemic of chronic conditions that continue to drain our health care dollars. Leadership from a National Nurse for Public Health will encourage their involvement and guide them to be successful. I urge that Representative ____ sign on to H.R. 485 as a co-sponsor to demonstrate that he/she stands by his/her values as a champion for both nursing and public health.

The National Nursing Network Organization Team—Wednesday, May 08, 2013   Post only