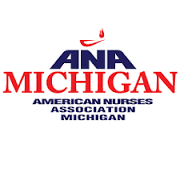 To The Michigan Congressional Delegation:

On behalf of the American Nurses Association (ANA)-Michigan, representing 147,234 registered nurses in Michigan, we are writing to request your co sponsorship of the National Nurse Act of 2015 (H.R. 379) (S. 1205) and express our full support for this legislation.

Designating the Chief Nurse Officer position as the National Nurse for Public Health will help strengthen efforts by nurses in every community to assist in bolstering a nationwide shift to prevention to yield improved health outcomes. The National Nurse for Public Health’s support for the Surgeon General’s focus on prevention, developing nurses as community health advocates, and promoting professional nursing is key to the role nursing plays in our nation’s healthcare infrastructure.

The projected total coat of chronic disease from 2016-2030 in Michigan is $1.3 trillion. In 2015, 6.1 million people in Michigan had at least 1 chronic disease and 2.4 million had 2 or more chronic diseases. Most of these conditions are largely preventable. By promoting health awareness increasing health literacy, and reducing health disparities, the National Nurse for Public Health would play an important role in improving our nation’s health.

As we continue to transform our health systems at the state and national level, it is important that we work to elevate the role of public health nursing to create community level systems, identify public health concerns, and achieve early intervention for identified needs. A philosophical and cultural shift to focus on wellness here in Michigan and on the national level that is reinforced by nurses in every community would go a long way in promoting health, reducing costs, and saving lives.

We request your co sponsorship for the National Nurse Act of 2015 and are ready to work with you to help move this legislation forward.

The National Nursing Network Organization Team—Monday, May 30, 2016   Post only 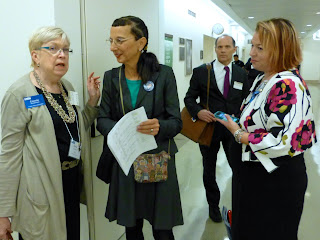 Thank you to the Case Management Society of America (CMSA) for their continued support for The National Nurse Act (H.R. 379) and (S. 1205). Recently the CMSA Public Policy Committee invited NNNO President Teri Mills to provide a short presentation to explain this legislation via a national network webinar. Over 100 members from every region of the country participated. Helpful information was provided that included how to be an effective grassroots advocate. 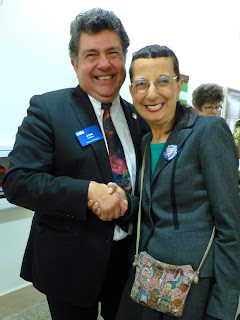 Cosponsoring a bill can be a heavy lift, and it can take months or even years of advocacy for a member of Congress to cosponsor legislation -- that's where constituents come in. Thank you to the many CMSA members who have contacted the NNNO to seek information and offer their help in gaining future support from Congress. Leaders from Illinois, Maine, Massachusetts, Missouri, New York, and Texas have rallied behind the National Nurse Act and plans are underway to present phone call scripts and template letters in upcoming chapter meetings to engage their own members in this effort. All help is greatly appreciated. “Coming together is a beginning; keeping together is progress; working together is success.” Henry Ford

The National Nursing Network Organization Team—Monday, May 16, 2016   Post only

National Nurses Week (May 6-12) commemorates the many contributions nurses make each day that help to keep Americans safe and well. This year’s theme is “Culture of Safety-It Starts With You”! A culture of safety begins with promoting wellness and healthy living. Nurses across the country continue on their journey for a visible prominent National Nurse for Public Health, seeking passage of H.R. 379 and S. 1205 The National Nurse Act of 2015. Designating the Chief Nurse Officer of the U.S. Public Health Service as the National Nurse for Public Health will enhance participation within the Medical Reserve Corps, strengthen existing public health infrastructure, and mobilize available resources of willing nurses and other healthcare workers within each community to deliver and reinforce messages of disease prevention. National Nurses Week is an opportunity to step forward and take action. Please visit the Take Action link at http://nationalnurse.org to locate your U.S. Representative and Senators. Your voice matters-please make it count!

Thank you to the American Federation of Nurses and Health Care Professionals for including The National Nurse Act as part of their agenda for their national Virtual Lobby Day. Please join the nearly 400 individuals who have already used this extremely easy format to voice their support for this bill. Please share this link with others. Let’s create some bill buzz on Capitol Hill so that members of Congress know how serious we are about getting this bill passed!

The following is a template letter for you to easily edit and send.

As a nurse, concerned about the health of our nation, I work daily with patients and members of the public who would benefit from the expertise of a National Nurse for Public Health. Congress is taking notice by supporting The National Nurse Act (H.R. 379 and S. 1205) that will provide this unique designation to an existing nursing position, the Chief Nurse Officer (CNO) of the Public Health Service (PHS). The goal is to create a more visible identity for the CNO to lead improvements in Americans’ health and raise the profile of the entire USPHS.

Why is this action critically important? Chronic diseases, many which are preventable, are the most prevalent of all health problems. The potential of the nursing workforce to improve our nation’s health is too great a resource to waste. Nurses are more trusted and spend more time with patients than any other healthcare provider. Year after year, Gallup polls affirm that Americans respect and listen to nurses on health issues. The National Nurse Act of 2015 will highlight and expand their important roles, and will maximize contributions that nurses can make daily to promote wellness and disease prevention.

May 6-12th is National Nurses Week. The theme this year is Culture of Safety-It Starts With You! There is no better time to validate the contributions of nurses, provide respect and express genuine appreciation for our valuable nursing workforce. I hope you feel the same and will sign up to co sponsor this important legislation. 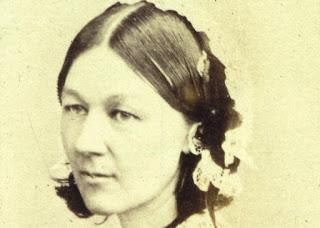 “Were there none who were discontented with what they have, the world would never reach anything better.” Florence Nightingale

The National Nursing Network Organization Team—Sunday, May 08, 2016   Post only