“The National Nurse Act of 2017 is a common-sense, cost-effective way to improve the health and wellness of all Americans. As a registered non-practicing nurse whose political career began in nursing, I know firsthand how national policy can sometimes fail or inhibit nurses working in the field,” said Congresswoman Johnson. “Therefore, establishing a National Nurse, who would work alongside the Surgeon General, would help advocate for nurses and in turn advance health care for the many Americans who see nurses every day.”

“The National Nurse could focus on the important issues of health promotion, improving health literacy, and decreasing health disparities. Nurses play a critical role in the prevention and management of our nation’s deadliest conditions like diabetes, cancer, heart disease, and opioid addiction. It is my firm belief that establishing a National Nurse for Public Health in America would save so many lives- it is a shame that we have not done so already.”

Key Responsibilities of the National Nurse:

U.S. Representative Eddie Bernice Johnson is the ranking member of the House Committee on Science, Space, and Technology. In addition to the House Committee on Science, Space and Technology, she is also a current member of the House Transportation and Infrastructure Committee. She has served on this committee since being elected to Congress in 1992 making her the highest- ranking Texan on the committee. As a longtime advocate for improved psychiatric treatment, Congresswoman Johnson co-lead and co-authored H.R. 2646, the Helping Families in Mental Health Crisis Act of 2015, provisions of which were included in the 21st Century Cures Act that was signed into law in December of 2016.

NNNO Board Members to Present at Annual Nursing Conference 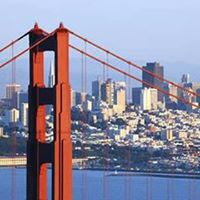 Are you looking for a speaker at a conference or event? Members of the National Nursing Network organization are available to deliver keynote addresses or present at conferences to share the vital and timely role of a National Nurse for Public Health. For more information, please contact the NNNO Board.